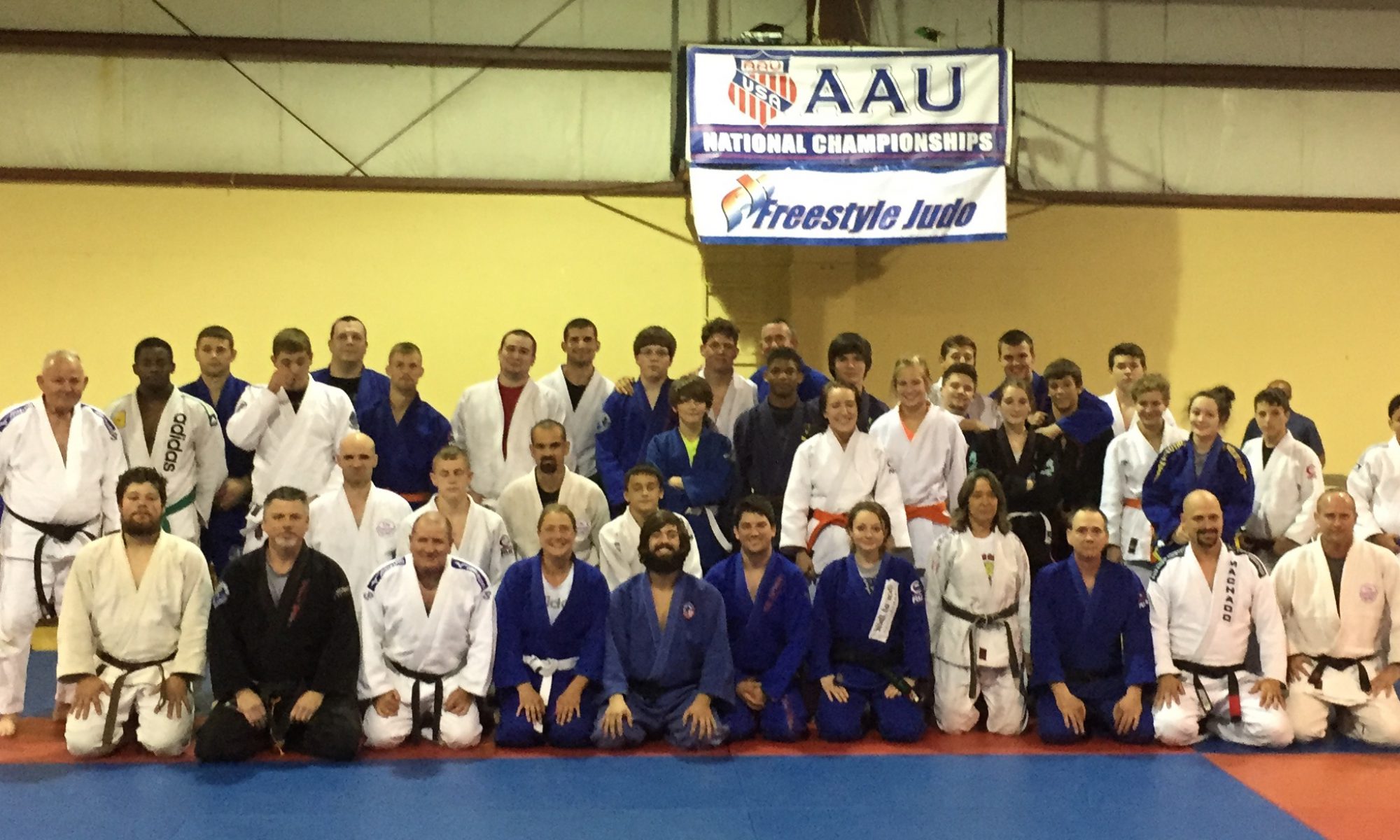 The concept of Freestyle Judo with its total approach to all phases of Judo is appealing to many people because they reflect the original intent that Judo is method of physical education, a method of character development and a combat sport. This approach taken by Kodokan Judo in its early days is reflected in the teaching, practice, study and training advocated by the International Freestyle Judo Alliance (IFJA). This is why we say that we promote “Judo the way it ought to be.”

The IFJA offers a conservative approach to earning rank in Kodokan Judo. Rank in Judo must be earned, not given, and the standards set forth in this syllabus are strict and intended to assist both Judo coaches and Judo students in a sincere study of Kodokan Judo. The techniques presented in this syllabus embody a tradition of excellence in Kodokan Judo with the emphasis on functional application of the technical skills and ideal for those individuals and coaches who are involved in Freestyle Judo. It is hoped that coaches and serious students of Judo use this syllabus as a resource for many years.

The IFJA is an independent alliance of judoka who advocate and promote the use of the Freestyle Judo contest rules. The IFJA believes that this set of contest rules best allows for the full and total application of Kodokan Judo, technically and tactically, as a competitive sport. This total approach to Judo as a sport carries over into the actual learning, teaching, study, practice and application of Kodokan Judo in its fullest sense; as a method of physical education and character development.

The IFJA has established a technical syllabus and standards that, to our knowledge, are unique in the Judo community. The IFJA believes that Judo rank should be viewed in the same way that one approaches his or her education. The IFJA syllabus and standards are based on sound tenets of physical education. It is our belief that earning a Shodan in Judo through our IFJA standards is analogous to earning a Bachelor’s Degree from a university. Subsequent Judo ranks are similar to earning higher university degrees as well. With this being stated, the IFJA makes no claim that earning a Shodan equals earning a college degree, but this analogy is being used to illustrate that the IFJA approaches Judo rank with the same seriousness that one approaches getting a higher education.

The IFJA also believes that Judo belt rank is a serious matter. For too long, people in the Judo community have used belt rank as a reward for loyalty or service to a particular organization or group. Additionally, the value of belt rank in Judo has been inflated, much like a currency is inflated and this has dramatically decreased the technical quality of what is expected of being a black belt. And, to be blunt, it is well known that Judo belt rank has at times been assigned to people who have the money to pay for it.

We encourage you to download the free IFJA Rank Syllabus and Standards version 1.0.